ABC’s of CPR Training in Vacaville 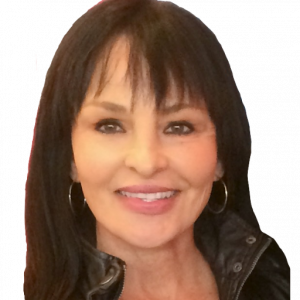 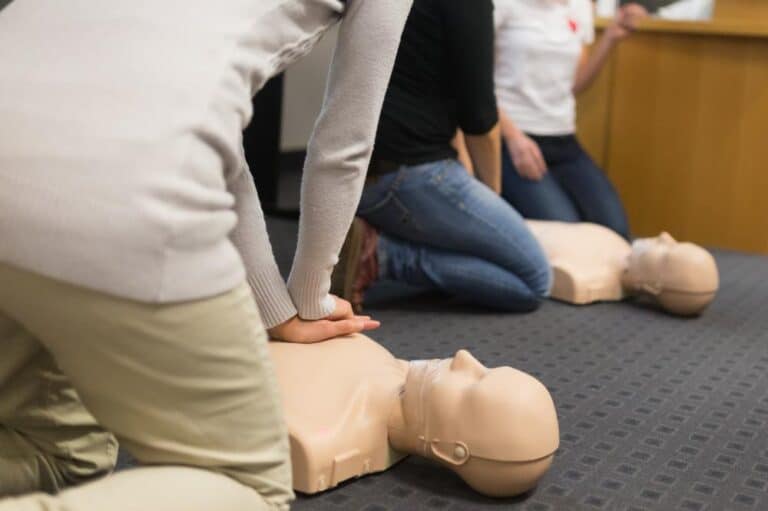 It’s a lifesaving procedure conducted in an emergency on a person experiencing cardiac arrest. CPR is one of the most basic medical methods that everyone should learn to save a life in times of crisis. This technique has been around for centuries to save lives in case of an emergency.

Cardiopulmonary Resuscitation uses chest compressions to maintain blood flow and oxygen to the brain during a cardiac arrest.

Even though the survival rates and outcomes are not great for those suffering from cardiac arrest, immediate CPR, which includes early defibrillation, can increase the chances of survival considerably.

To help you know more about CPR, here is a complete guide on CPR, including its origins, its evolution, it’s training, and its importance.

Cardiopulmonary Resuscitation has been saving lives all around the world for centuries. With updated guidelines, CPR has improved significantly, increasing the probability of saving lives.

In the 1960s, CPR procedures evolved significantly. After years of other discoveries in the field of oxygenation and chest compressions, the CPR technique was introduced in 1960 by the American Heart Association (AHA). However, the first mass citizen training in the field of CPR took place in 1972 in Seattle, Washington.

Since then, CPR has gained massive popularity with online courses being launched in the 2000s. In 2008, ‘compression-only’ CPR was also introduced to motivate bystanders to get involved if a person experiences a cardiac arrest.

In the year 2010, the American Heart Association (AHA) rearranged the steps in which CPR was initially conducted. Previously, CPR followed the A-B-C method, which entailed three main stages – Airway and Breathing first and then Chest Compressions.

However, the process was changed to support the C-A-B method. This method made use of the same three steps but in a different pattern – Chest Compressions, Airway, and then Breathing.

The original CPR method, emphasizing the A-B-C technique, lasted for almost 40 years. It instructed the responders to open the patient’s airway through tilting their head backward, pinching their nose and breathing into their mouth, and follow through with chest compressions. When the method eventually changed to C-A-B, the responders were asked to immediately give chest compressions to a cardiac arrest patient followed by breathing into their airway.

After decades, the sudden change of the procedure from A-B-C to C-A-B made people curious as to why the change happened in the first place. In actuality, conducting CPR in the A-B-C sequence delayed chest compressions as the responder is first focusing on normalizing breathing.

Moreover, the previous guidelines suggested by the AHA entailed looking and listening to the breathing of a patient before starting CPR; however, now it is recommended to initiate the compressions immediately.

All in all, this change in the procedure occurred because, during the initial few minutes of a cardiac arrest, the patients still have oxygen within their lungs and bloodstream. By commencing the CPR process with chest compressions, the blood is pumped to the patient’s heart and brain sooner, increasing the chances of survival.

An important point to remember is that this transformation of the CPR process applies to infants, children, and adults, but excludes newborns.

Basic of CPR Training – Everything You Need to Know

If you are opting for CPR training, you can expect to learn the following from your trainer:

Your CPR trainer will also discuss the Samaritan laws and your responsibility as a good citizen to help someone in distress. Moreover, they will also enlighten you about your liability concerns.

Apart from the basics of CPR, you will also learn how to gain control of an unfortunate incident to provide the best possible care to a patient. Furthermore, this training also teaches you how to delegate and assign tasks while remaining calm and composed throughout the situation.

Cardiopulmonary Resuscitation (CPR) training also includes a few necessary steps that make use of specific techniques to save a life.

Once your instructor covers the topics above, the fun part begins! Your instructor will help you with hands-on training. You will be practicing techniques on dummies and role-playing with fellow learners.

The trainer might provide you with hands-on training intermittently throughout the day to keep the lecture more engaging, or reserve it for the end.

In the role-playing portion, you and your fellow learners will act out different medical emergencies, which will teach you to assess and analyze a situation. During this time, it’s pivotal for you to ask as many questions as you can to comprehend your role in the emergency. Your instructor will make you practice CPR (Cardiopulmonary Resuscitation) and AED (Automated External Defibrillator) on dummies.

Your instructor will continuously ask questions to test your learning from the activities. Moreover, they will analyze your techniques to gauge your basic understanding and guide you effectively. At any point, if you are doing something wrong, your instructor will help you thoroughly.

By opting for CPR training, you should be prepared to practice the following:

One-person CPR is a situation in which you’re the first responder on a scene where someone is experiencing a heart attack, stroke, or cardiac arrest. It will teach you how to comfort a patient before starting the mandatory CPR cycle that includes chest compressions followed by rescue breaths if necessary.

CPR as Part of a 2 Person Rescue Team

You are also trained to work along with another person to ensure the well-being of a victim. While being a part of a 2-person rescue team might not be a comfortable situation, by adapting to it accordingly, you can receive some extra help to get a grip on the job. In this training, one person delivers chest compressions. At the same time, the second rescuer keeps the victim’s head up to keep their airway open.

Administering a Shock from an AED

Lastly, most CPR training also teaches you how to use an Automated External Defibrillator or AED.

Whether you are a medical professional or not, receiving CPR training is exceptionally crucial. Cardiac arrests mostly tend to occur at home or in public places. In cases like these, the first responder is responsible for handling the situation before medical help arrives. The person closest to the patient at that moment can be anyone, from a family member to a friend, an office colleague, or even a random bystander without any expertise in the medical field.

By providing help instantly to the unresponsive patient in the form of CPR, the patient’s chances of survival can increase considerably. The initial time when a person experiences cardiac arrest is exceptionally crucial. Once a person’s heart stops beating, the blood flow naturally ends, causing them to lose consciousness in a matter of 15 seconds. If another 30 to 60 seconds pass by without the person receiving any help, they will stop breathing altogether, causing irreversible damage to their brain and plausible death.

To conclude, CPR training is a mandatory life saving technique that helps all those around you. By acquainting yourself with the CPR method through practice and training, you can help save a life!

Since CPR training is so necessary, you should opt for one. Providing exceptional CPR and AED training to laypeople, we ensure that if you’re ever in a situation like this, you will be able to save a life. Visit our website and register now!

Since CPR training is so necessary, you should consider being trained. Providing exceptional CPR and AED trainings to laypeople and medical professionals, we ensure if you’re ever in a situation like this, you’ll be able to save a life.

ABC Health and Safety Training is a leader in emergency training classes for 30 years in Vacaville, California. To learn to save lives check out our available classes. 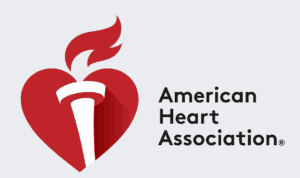 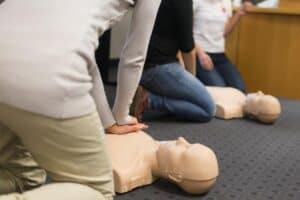 ABC’s of CPR Training in Vacaville

How to perform CPR on Dog in Vacaville How to Get CPR Renewal Online?

What Is AED and How Is It Used

How To Perform Infant CPR

How To Perform CPR

What’s the difference between Basic Life Support and CPR? 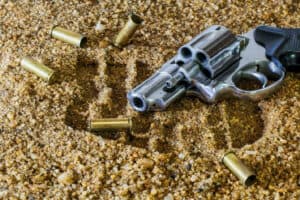 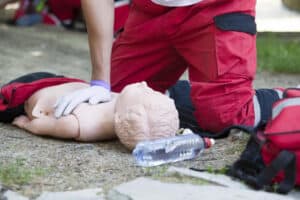 How to Get CPR Certified

We hate SPAM and promise to keep your email address safe.

How was your experience?

*By clicking a logo above you’ll leave our site and be redirected to the review page.

Thank you for submitting a review! Your feedback is important to us. Please take a moment to share the details of your experience. We appreciate your honesty.

What's the best CPR Class for you?

Begin this short survey to find out.

Welcome! This short questionnaire will suggest the CPR Class that's best for you

Fill out this form to request a class to be added to our curriculum.

We offer group pricing
for organizations with 6 or more students

Including on-site training at your location.
English or Spanish language teachers available.